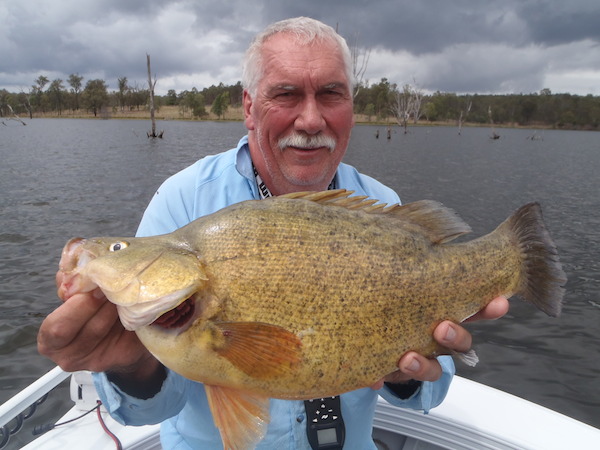 While Barramundi move downstream on flooding the opposite is true for Golden Perch. For Golden Perch that moved over 10km between tagging and recapture 30 (83.3%) moved upstream while 6 (16.7%) fish moved downstream. Of the upstream recaptures 9 were caught just below the next weir upstream from where tagged that would have impeded upstream movement. However Golden Perch is the only species that has been recorded recaptured above a weir or dam from where tagged. Two fish in the Burnett River have been recaptured above an upstream barrier. One fish managed to move upstream of Paradise dam. While another fish managed to get over 3 weirs and ended up in the Boyne River.