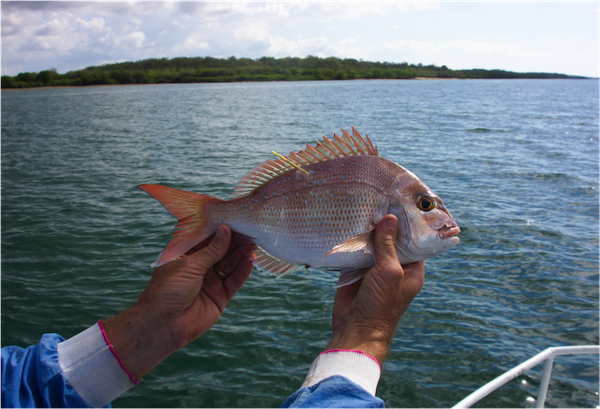 Most Snapper hang out in their favourite area as juveniles, but like most teenagers move on when they become adults. From 1985-2013 there have been 12,477 Snapper tagged and 706 (5.7%) recaptures of individual fish in SE Queensland from Mooloolaba to the NSW border. Most of the fish tagged were juveniles in the size range 200:350mm. Of the recaptures there were 714 (including multiple recaptures) where movement was calculated. Of these fish 594 (83.2%) were caught in the same area as tagged and 677 (94.8%) were caught with 10km of where tagged. Of the remainder there were 14 fish tagged in Moreton Bay that were recaptured outside the bay. Of those 12 fish moved north, to off Moreton Island, off the Sunshine Coast and as far as Fraser Island (290km). There were 2 fish that moved south, to as far as off Tweed Heads (130km).