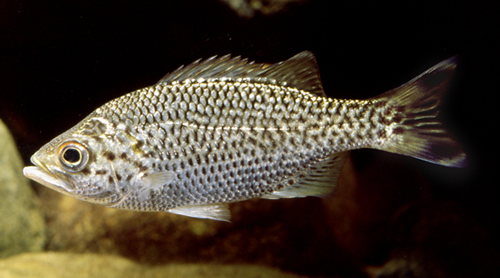 On the 19th of November we were lucky to have a visit by Dr Michael Hutchison from DAFF.  Michael heads up the Jungle Perch recovery project and I have to admit having been to my share of science briefings and I was a bit worried but this was one of the best evenings I have been to.  Michael didn’t just talk about his research he gave us a lot of insights into the beast.  This is a summary of the overview of Jungle Perch in SEQ.

When I was growing up Jungle Perch were spoken of reverent hushed tones, rather like the “holy grail” of fish.  Personally I have only fished for them once, but that once was under the instruction of no less a fisher than Vic McCrystal.  Can I say that experience is burned into my brain as one of my best fishing experiences ever.  If you are not familiar with Jungle Perch here is guide and tagger Andy Thomsen in action:

The Range of Jungle Perch

Jungle Perch are found throughout Asia and as far away as Madagascar.  In Australia they can be found mostly in North Queensland down to Mackay but they do survive as far south as upper New South Wales.  In fact a couple of the breeding stock used in the program are from the Richmond River.  That gives them quite a big overlap with their more common brothers the Barra and Australian Bass.

Barra and Bass vs Jungle Perch

While Jungle Perch definitely favour clear water, making them a great sight fishing species they are found in environments that also hold Bass and Barramundi.  They also have a breeding cycle that is very similar to Bass.  Where the species differ is in their tolerance to Salt.  Adult Jungle Perch are definitely a fresh water species and cannot tolerate salt for long.  They tend to breed when flooding takes them out into the estuary and even offshore but quickly return to the fresh.  Juvenile jungle perch head back when they are just 16mm long which is only a couple of weeks after hatching. 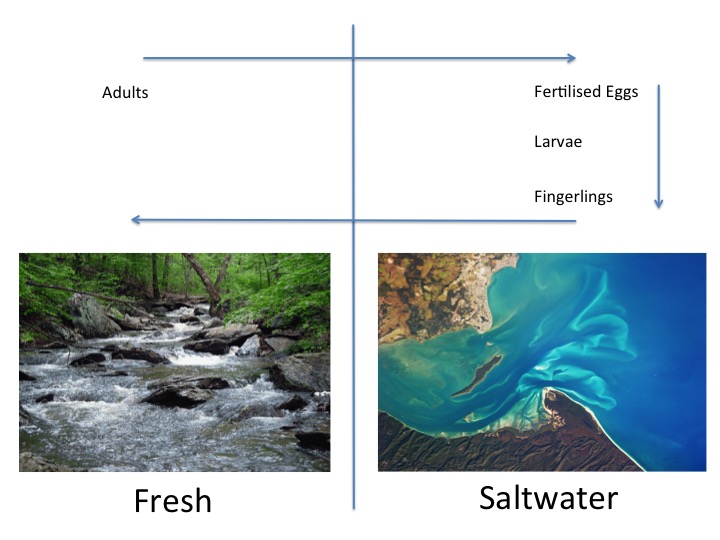 Jungle Perch are largely extinct south of Mackay.  There are however still native populations on Fraser Island and around Noosa in SEQ.  However records show that they once were found around the Gold Coast, the Burnett, Mary and a good number of other sites around SEQ.  So what happened?  Why don’t we see this awesome fighting fish around any more?

So why don’t we see them often in SEQ?

The biggest problem for Jungle Perch in SEQ has been the building of man made obstructions such as Dams and weirs.  Those that followed their natural instincts to head to the salt during flooding would have been wiped out soon after due to their lack of ability to live in salt water.  While Jungle Perch are actually better at navigating fish ladders than either Barramundi or Bass in most locations the species died out before getting relief.  This and the fact that their preferred clear water habitat has been degraded by the growing population has made SEQ a pretty inhospitable environment.

Another issue that presents a problem has been the failure of breeding programmes to bring them back.  Jungle perch have proven incredibly difficult to successfully breed largely because they have been reared using the existing techniques for Barra and Bass.  While much of the process is similar the salinity levels required for successful breeding have taken some effort to work out.  Another key difference between Barra, Bass and Jungle perch is the size of copepods that they require in the early laval stages.  Jungle Perch require the Nauplii (smaller nymph stages) rather than full grown copepods and researchers lost whole batches to starvation.

DAFF Researchers to the rescue

Getting the food mix right proved critical in the process of breeding Jungle Perch.  Once this and a few technical issues were ironed out Jungle Perch proved to be hardy and the survival rate of Juveniles is very high indeed.  While the equipment required to breed Jungle Perch is different to Bass now that the technique is right commercial production is feasible.

The challenge now is that age old problem of funding.  Commercial Breeders like a return on investment and so need cashed up buyers.  Stocking groups for impoundments and the aquarium trade.  Up to six sites have been selected for natural restocking from the Gold Coast to Proserpine but it will take additional dollars to get them out to more sites.

They are a magic fish for Recreational Fishers to target so here is hoping that the gods are smiling and Jungle Perch production becomes a reality.